A few tweaks and fixes this time, so let's take a look …

The Outstanding Invites screen now shows players who been added to your squad, but haven't confirmed their e-mail address.

These players won't be getting the invites to your matches, but at least now you know and you'll be able to prompt them to get their account confirmed.

A few additions to the season screen giving a little more insight to the Man of the Match feature. 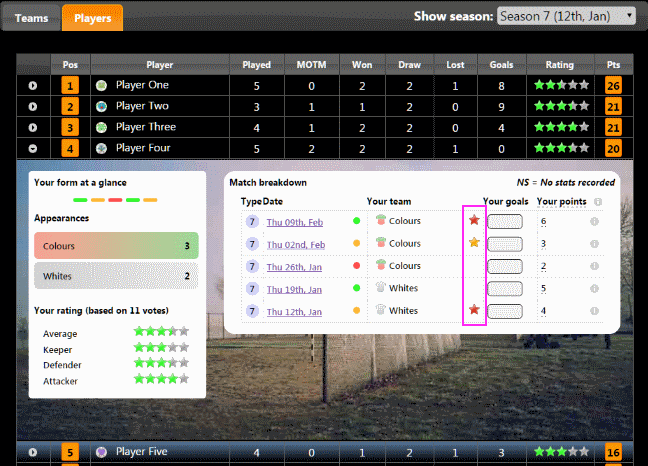